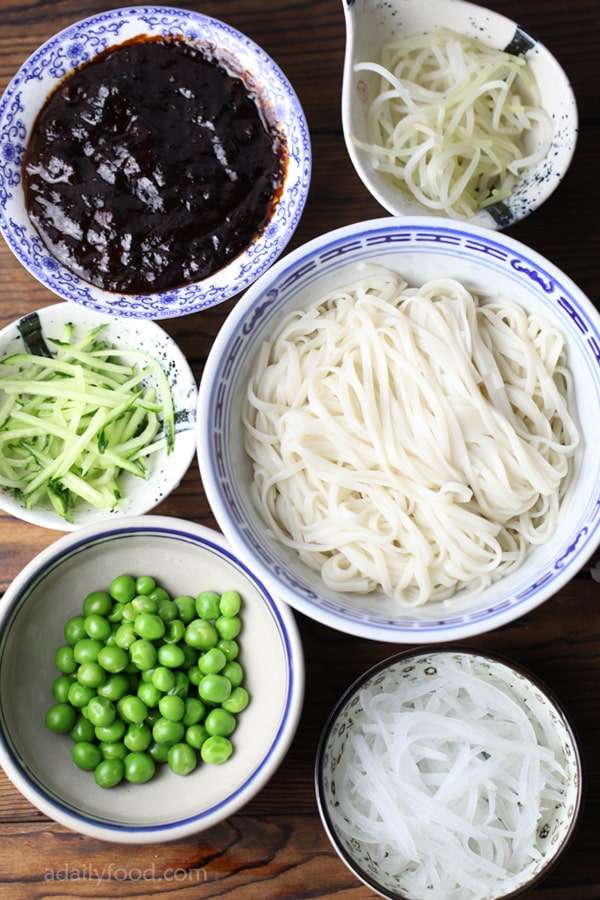 As a Chinese who grew up in the north of China, I love noodles better than rice . This noodles with fried paste which has local characteristics of Beijing dishes often appears on my menu. If you are a noodle lover, you also will like it which contains nutrition and deliciousness.

Zha jiang mian includes noodles, seasonal vegetables, and fried paste. The natives of Beijing called the seasonal vegetables “cai ma” which should be eight or twenty kinds of vegetabels in the traditional recipe. About fried paste they used sweet flour paste(tian mian jiang) and soybean paste. They are official way. If you want to eat it quickly, don’t need to be so professional, you can use whatever you have.

What kinds of vegetables

The traditonal cooking way has tian mian paste which can be bought on amazon.  I used soybean paste added in rock sugar. Got the nice paste too.

When stir-frying pork belly, the fat will be oil, it can add fragrance. I prefer lean pork due to my age and health.

If you like dry fried paste, add less water，otherwise, add more water.  I added more water to simmer for 5-10 minutes.

Some people like to serve noodle with fresh clove garlic, one bite of noodles, one bite of garlic,  try it if you like, you will get different feelings of eating noodles.