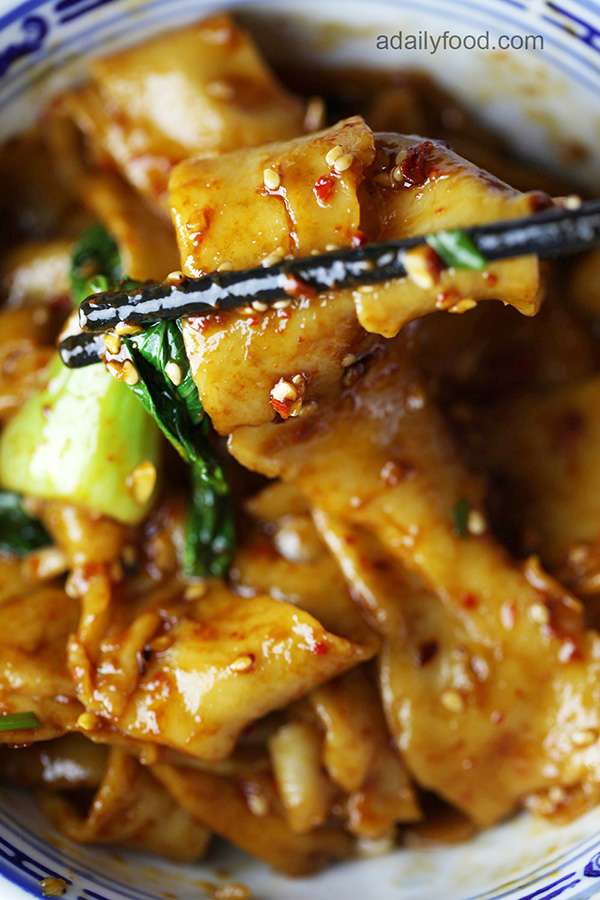 Biang biang mian is a famous noodle from Shanxi province. The reason why it is so well known depends largely on its name being one of the most difficult Chinese characters. This word is no longer found in modern Chinese dictionaries, it only exists in Kangxi dictionaries. Translating it into English is biang biang noodles. The origin of this word is the sound of noodles tapping the pastry board when making noodles. 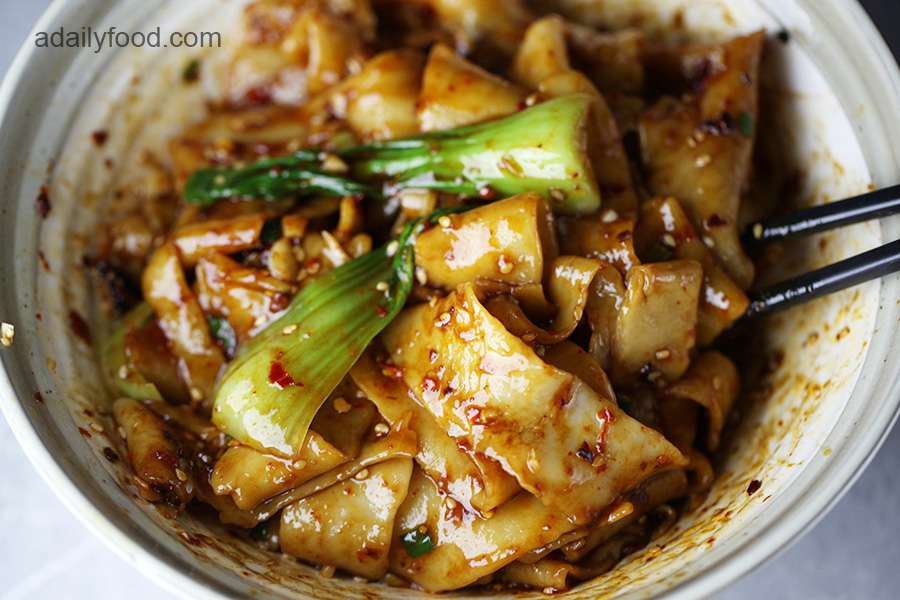 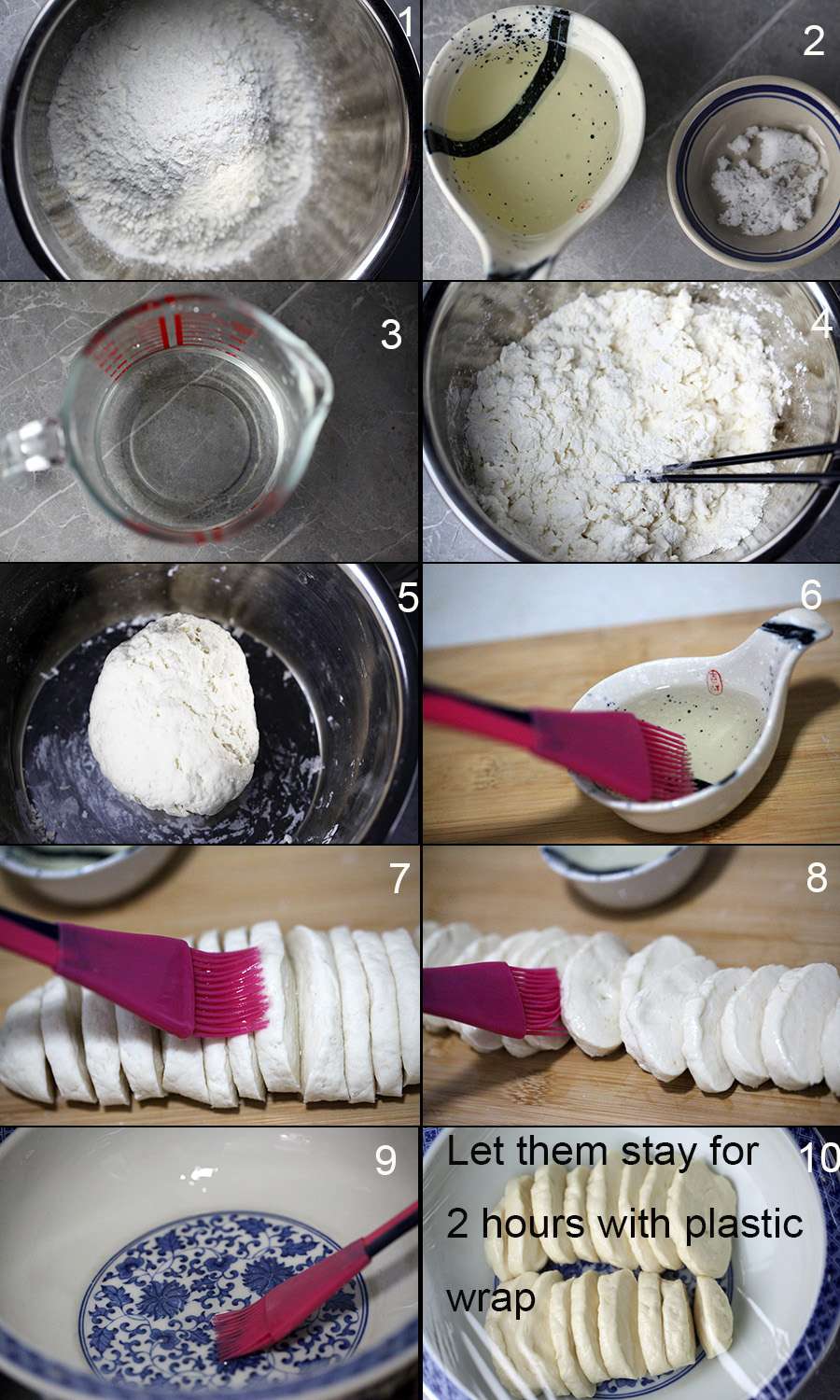 The first is to make the dough, and then wait for it to soften. Two hours after the dough is made, making the noodles. 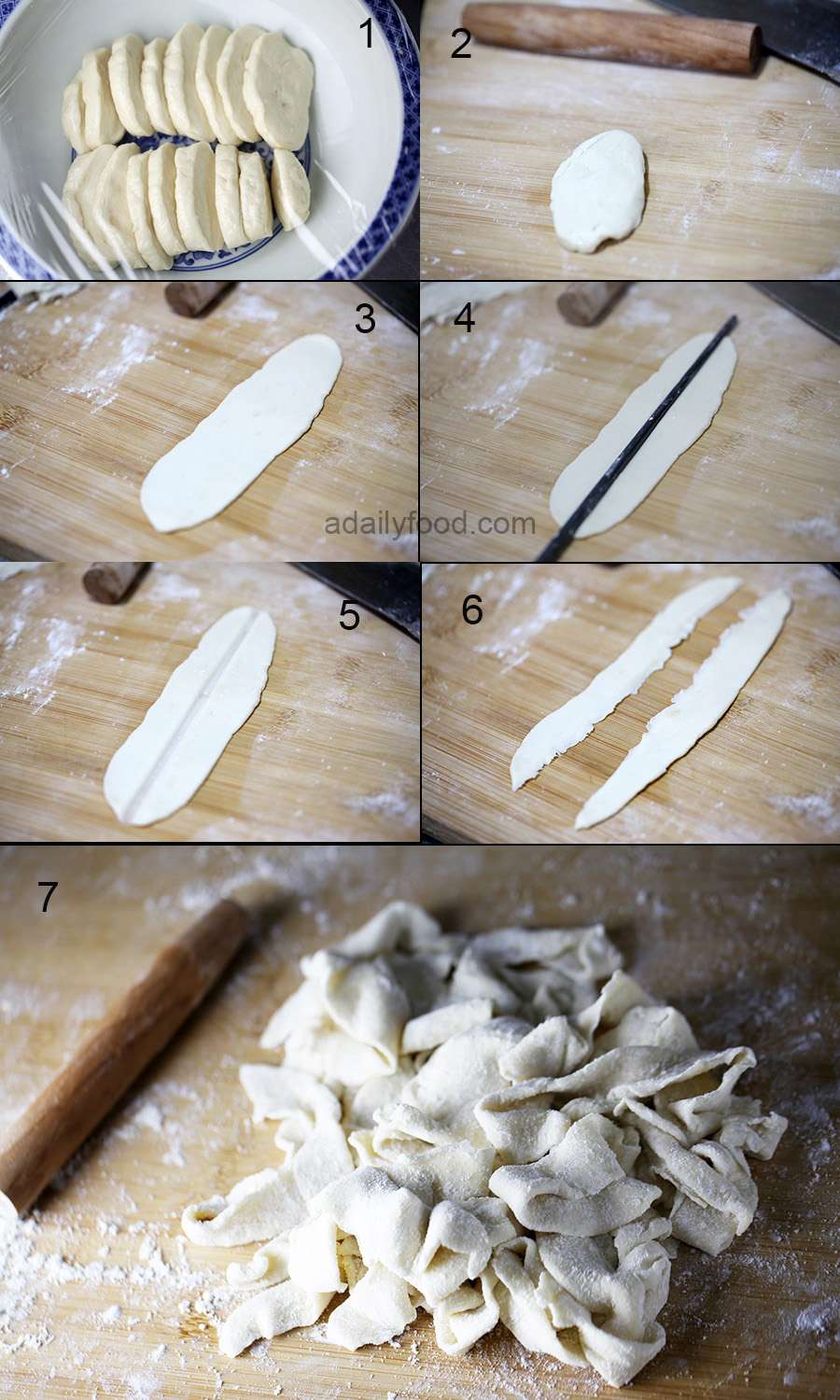 The noodles are here, let’s take a look at its toppings. There are too many noodles toppings, can be eggs with tomatoes stir fried,  minced pork and vegetables stir fried, soy bean paste stir fried, scallion oil, and so on. My version today is vegan, green vegetables, a little seasoning, and sprinkled with hot oil, then mixed well. Of course if you like, you can freely switch to other ways of eating. 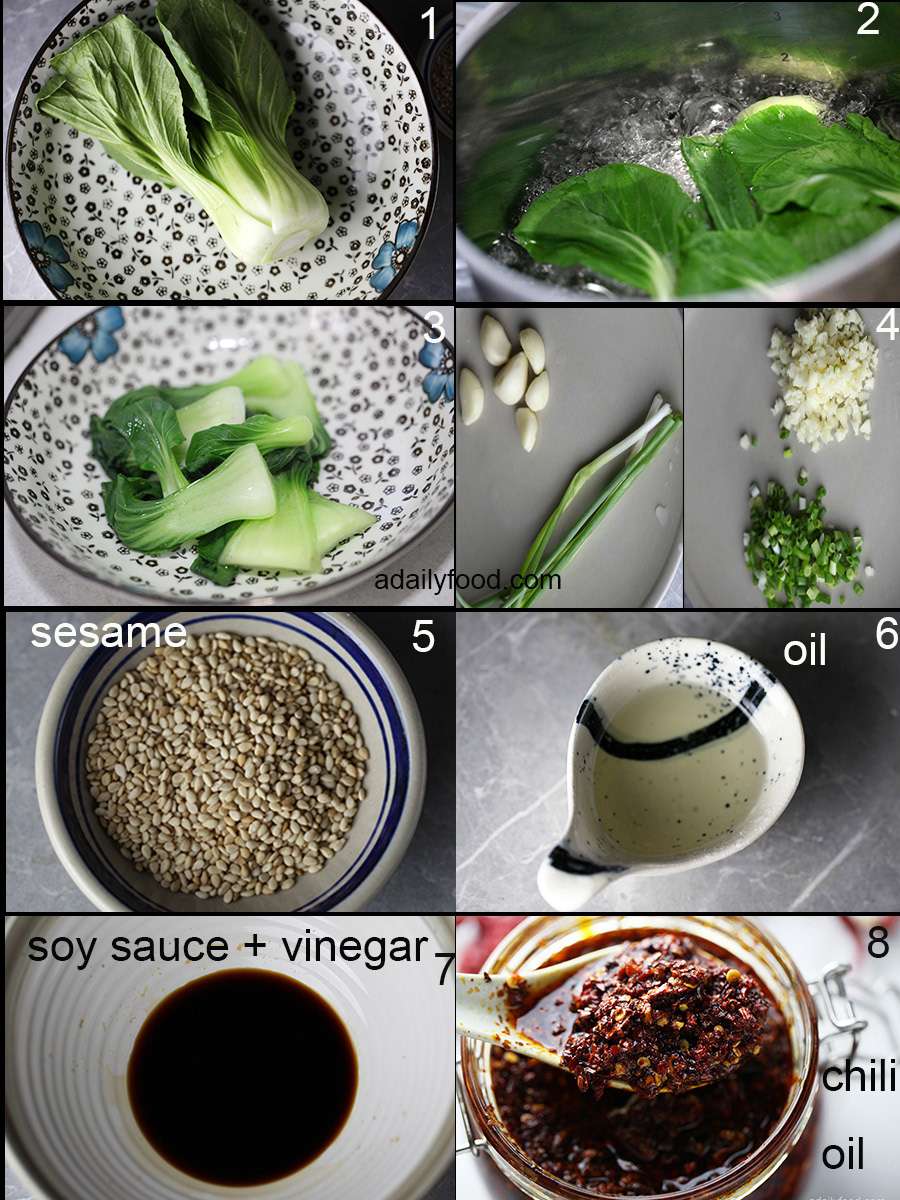 Chili oil is a must and added in the end then mixed the noodles. It takes time to make biang biang noodles, but when you taste the strong and delicious biang biang noodles, everything is worth it. I often admire the Chinese food culture. Only from these countless delicious noodles cooking, we can see that the saying” eating in China” is not a bragging expression. 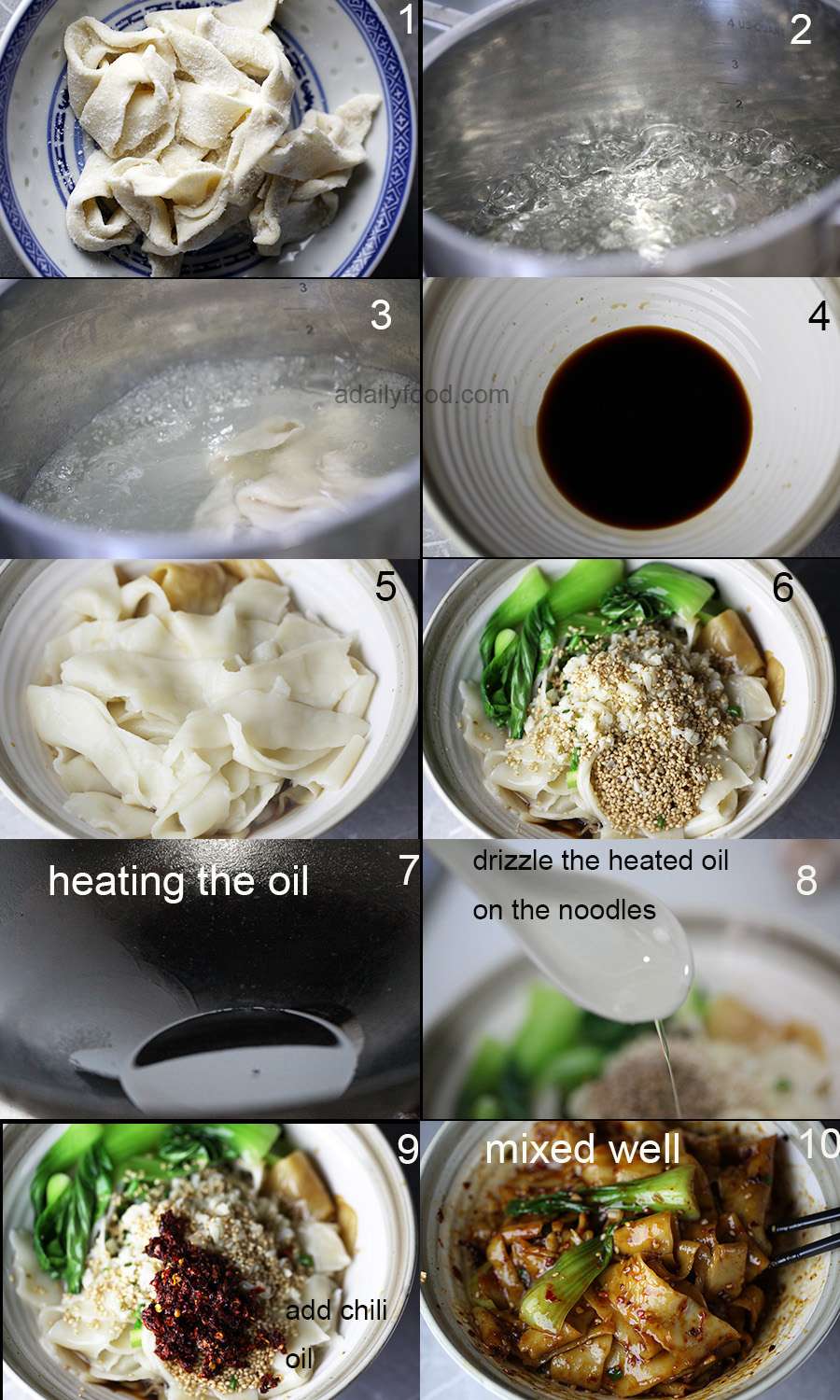 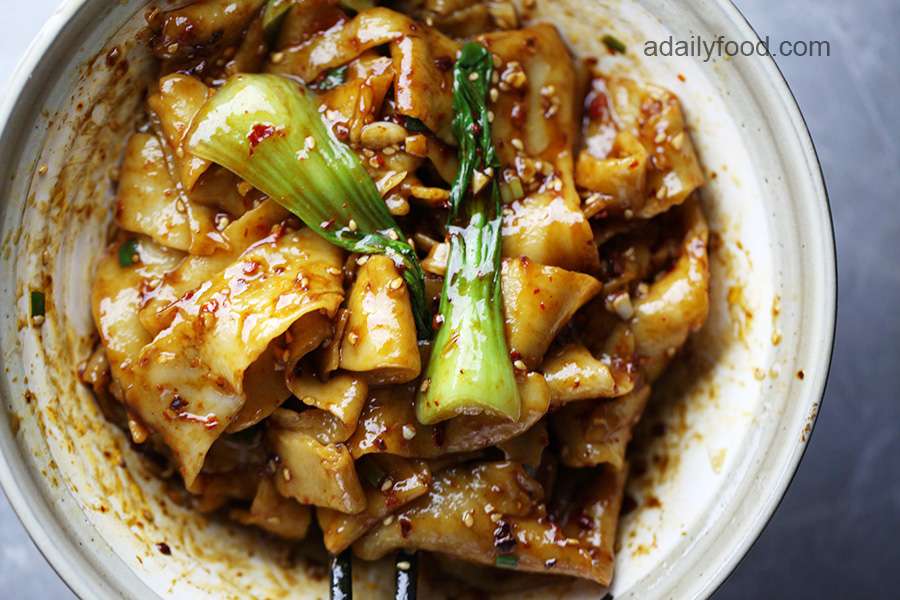