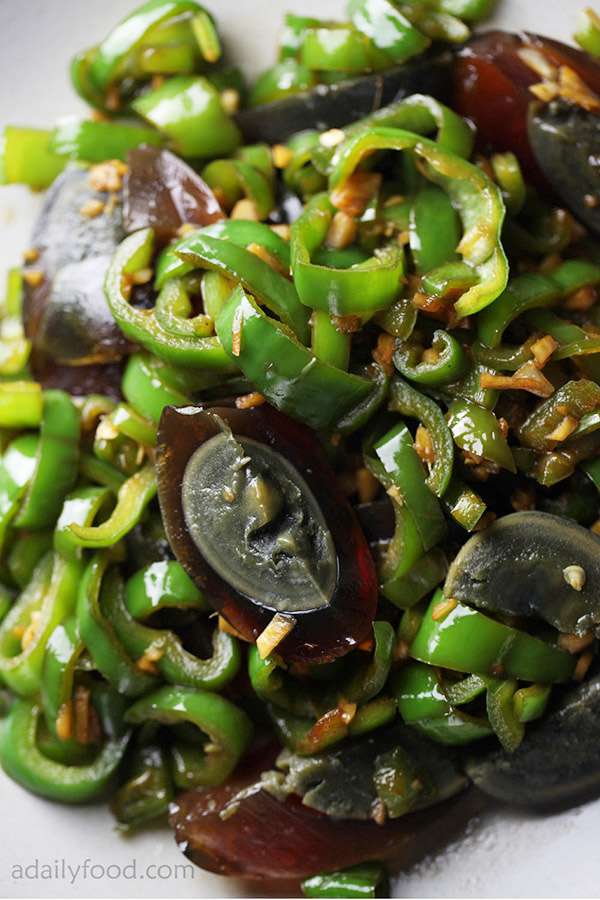 Century eggs are almost like a demon for people who don’t like them. For me, I knew about century eggs since I was a child, and started eating them until I fell in love them, because I grew up in a country whose citizens couldn’t live without preserved(century eggs). In China, century egg is such an ordinary food.

Due to the special making craftsmanship, the century eggs are translucent, brown, and inlaid with snowflake patterns. Looking at it is like admiring works of art. In order to neutralize its alkalinity, it is best to serve with vinegar. The most common recipes about it are century egg congee with pork and preserved egg salad. Cutting the preserved eggs into pieces and dipping them in sauce is a general eating way  in many Chinese families.

My today’s recipe which belongs to salad  is century egg with green pepper stir-fried. I need to stir fry the green pepper first, then stir in century egg pieces. A simple and quick Chinese dish for your new trying. 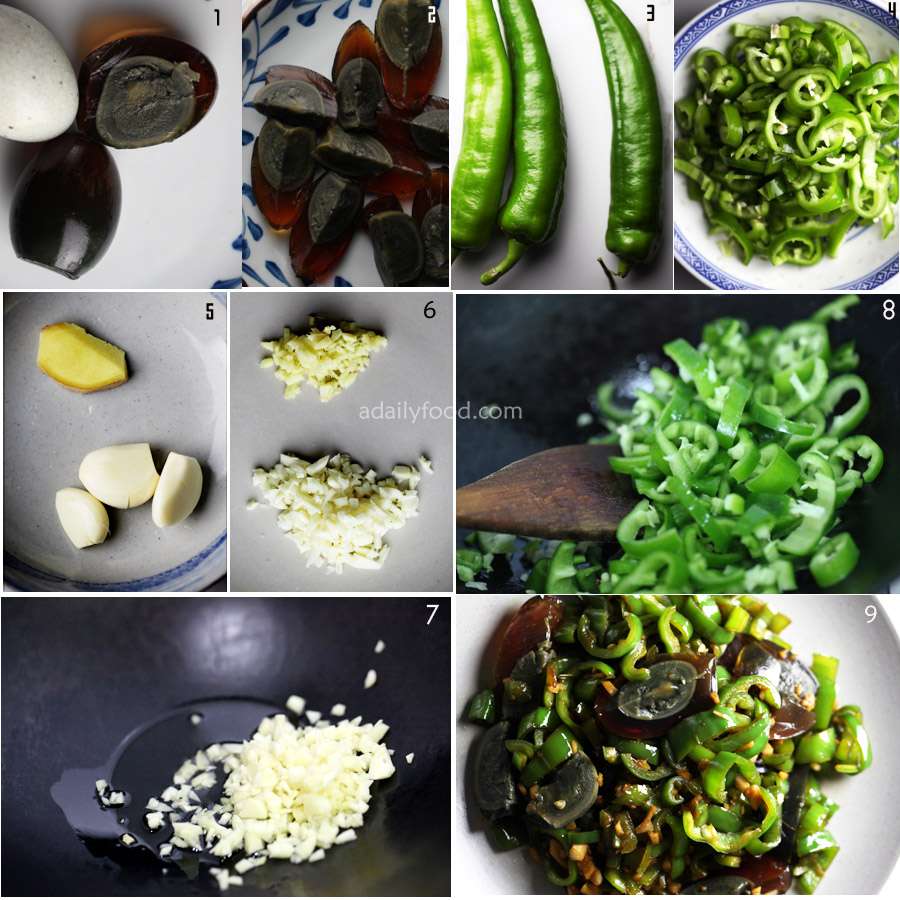 If you want to cook century eggs , buy them online so easily. Maybe you don’t like its taste for the first time, but it is also possible that you will like it too.