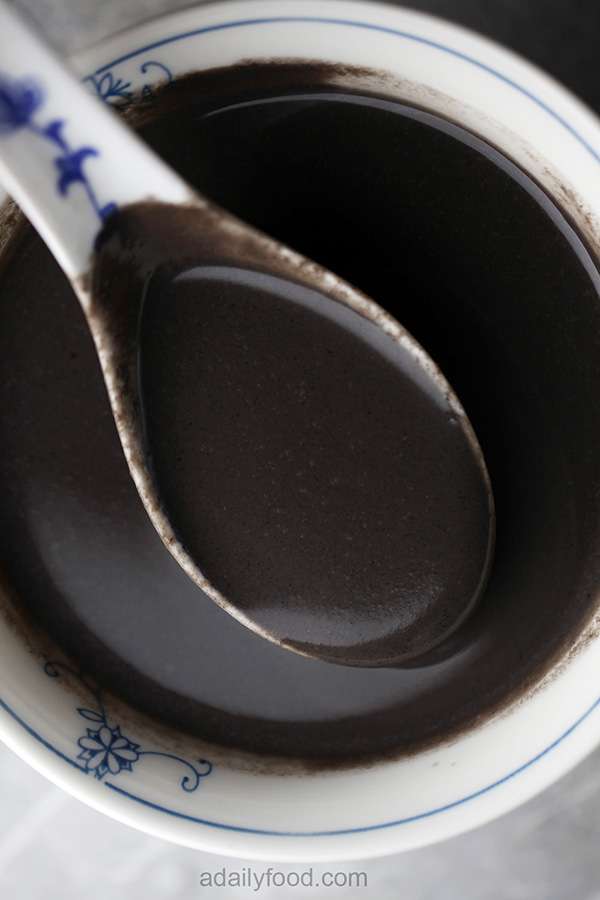 Compared to buying from outside, I think the sesame paste made by myself is healthier and purer. From the perspective of Chinese medicine, black sesame which is particularly beneficial to the body can nourish the liver and kidneys, strengthen vitality, grow muscles, and replenish brains.. Many Chinese people also eat black ingredients such as black sesame seeds, black soy bean, black rice, or others to delay the graying of their hair.

Because black sesame seeds contain oil, I added some black rice to make them easier to grind into powder. Almost all the wall breakers made in China have the function of heating, but the raw ingredients must be cooked, fried or roasted, and the final sesame paste is more delicious.

I suggest buying more black sesame seeds and other black ingredients at one time, powdering them, and storing them in the refrigerator. You can make or cook porridge every day for breakfast, nutritious and delicious.