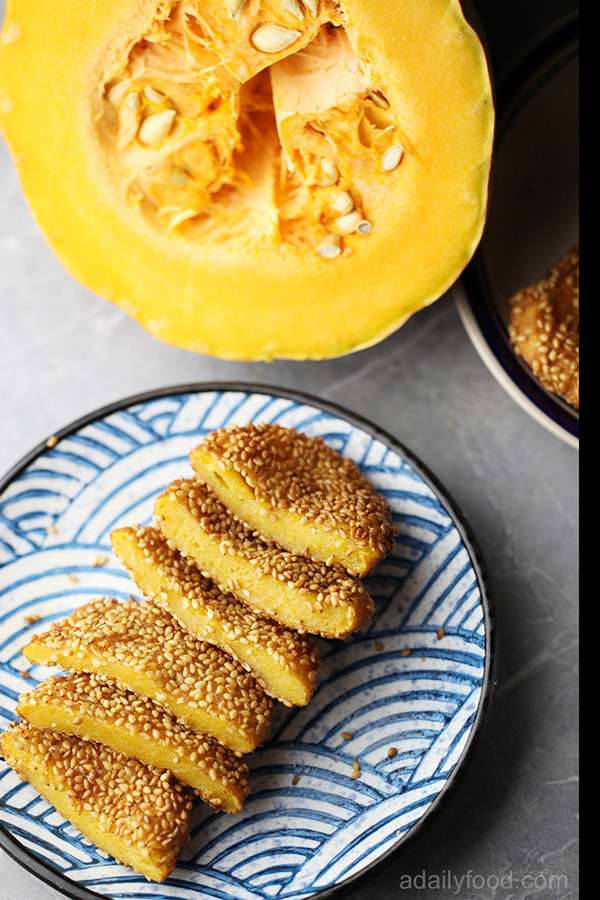 Time flies quickly, and it’s autumn again. I think the golden yellow of pumpkin is the color that best represents autumn. For foodies, the first thing that comes to mind when seeing pumpkins is not Snow White’s pumpkin cart or Halloween pumpkin lanterns, but rather delicious dishes with pumpkins. Chinese people like to make pumpkin cake for children because of its sweetness and bright color. I also often cook Chinese  pumpkin cake as a snack.

Pumpkin has high nutritional value as it contains polysaccharides, carotenoids, pectin, mineral elements and amino acids. From the perspective of traditional Chinese medicine, pumpkin is warm in nature, sweet in taste, can nourish the spleen and stomach, and help the qi. 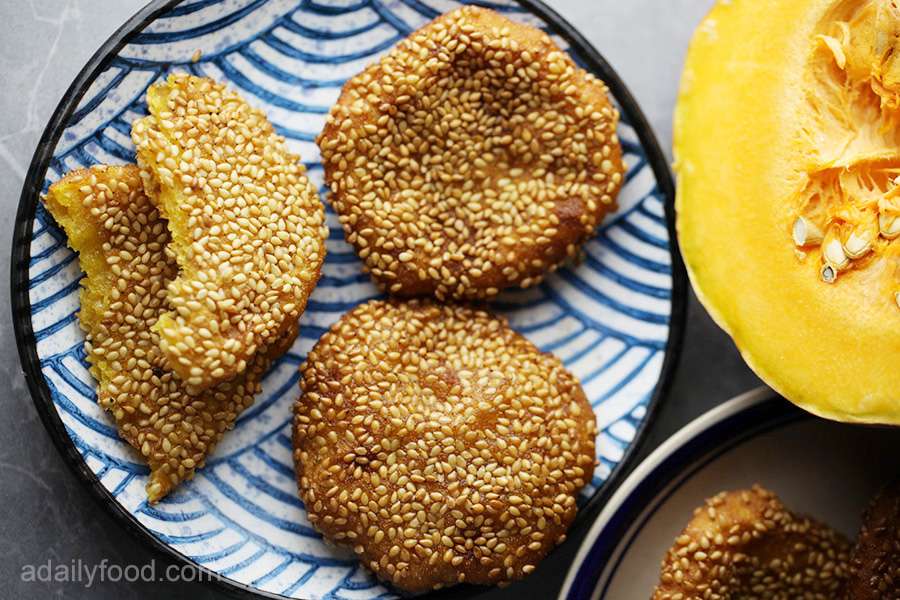 In fact, the pumpkin is easy to peel after being steamed. If you peel the skin before steaming, it just takes more time and effort.

I used 350 gram glutinous rice flour for 300 gram pumpkin puree. The standard is that the mixed dough does not stick to your hands, so prepare more

I chose deep-fried because it tastes better. Based on my technique, the pancakes are easy to batter if they are fried

Pumpkin itself has a sweet taste, but as a snack, I want it to be sweeter, so I added 20 grams of sugar. For diabetics, sugar is not recommended. 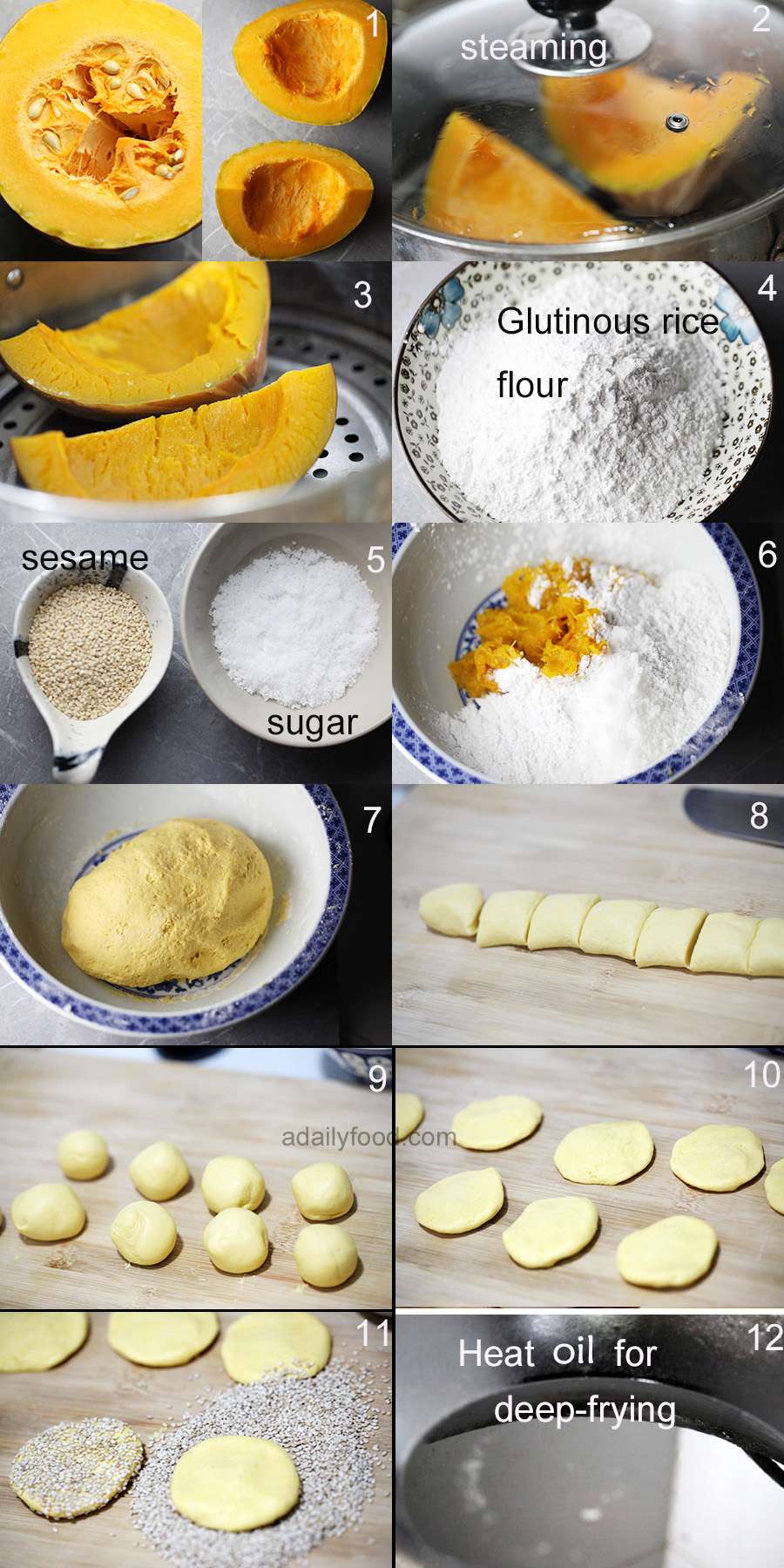 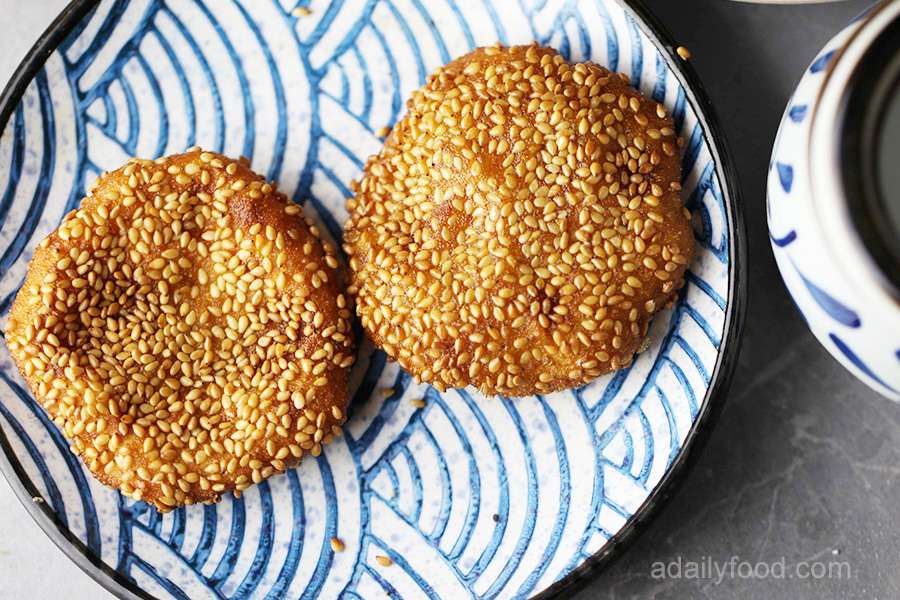