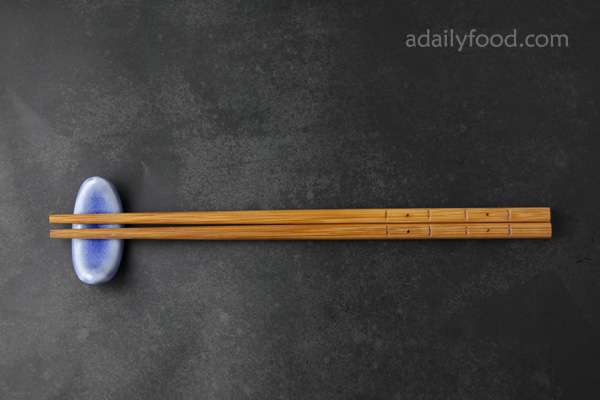 Chopsticks are unique to Chinese people and a symbol of Chinese food culture. Although it’s as simple as two sticks, it’s powerful enough to be amazing. It can clip foods of various shapes and sizes. The convenience of Chinese chopsticks is that they can be taken locally. If there is no tableware, you can fold two branches instead. Whether you are proficient in using chopsticks is also one of the criteria for verifying local Chinese.

The standard length of chopsticks is seven inches and six cents. It means that people have seven emotions and six desires to show that they are essentially different from animals. Its shape is a circle on one side, and a square on the other side, which means that the sky is round and the ground is square.

Chopsticks were invented by the Chinese, and at least three thousand years have passed. The early chopsticks were similar to wooden sticks. Bronze chopsticks appeared in the Shang and Zhou dynasties. Bamboo wood was popular in the Han Dynasty. It was painted and very beautiful. In the Sui and Tang Dynasties, chopsticks made of gold and silver appeared, and they have been used in the Ming and Qing Dynasties. So far, the earliest unearthed silver carp in China was from the Sui Dynasty. Due to the oxidation of copper, copper bismuth gas will be produced, and iron oxidation will rust and affect the effect of eating. Therefore, the shovel copper enamel is gradually replaced by silver enamel. Today, Chinese chopsticks are mostly made of wood and bamboo.

In a more formal banquet, it is common to use a chopsticks holder to place chopsticks instead of placing chopsticks on a table or plate.

It is not only to use chopsticks gestures and methods of use correctly, but they are all similar.