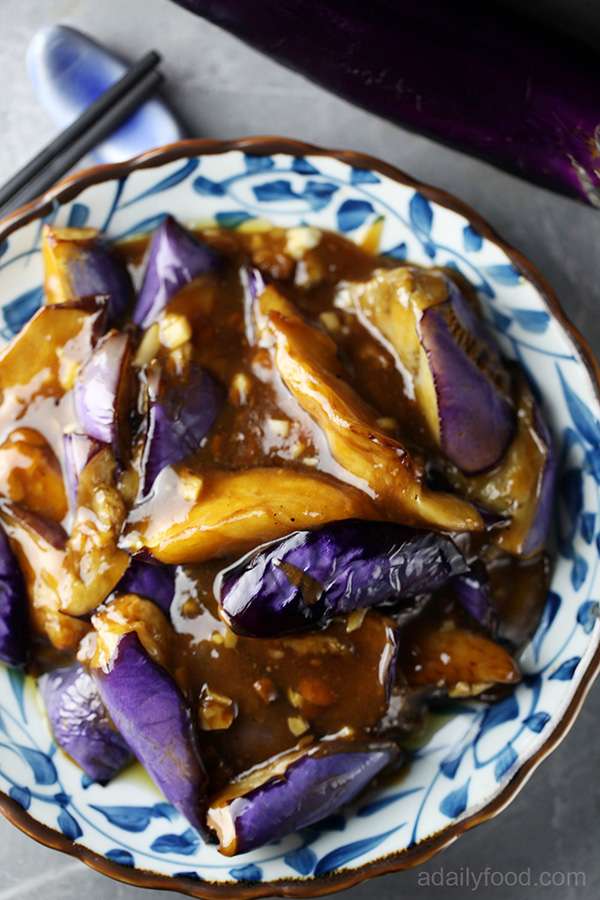 There are many kinds of eggplants, and the one I often use to cook is the local long, purple-skinned eggplant. Some people  who don’t like the peels of eggplant remove them when cooking, I usually keep them. Eggplants that are peeled or cut into pieces are easy to oxidize and turn black, so cook them as soon as possible after preparation.

Eggplant is a vegetable that easily absorbs oil. Chinese people often say that if you make eggplant, no amount of oil is enough. Therefore, it is best to marinate it with salt before stir-frying, or coat it with starch before deep-frying. The eggplant after these treatments is much healthier. 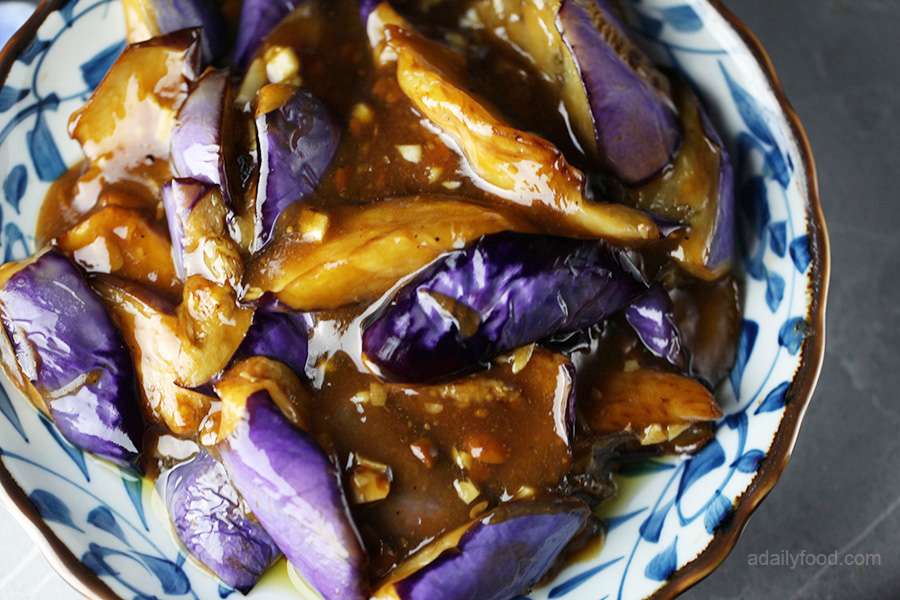 We all know that garlic is the best seasoning for eggplant. Eggplant without garlic is not perfect. The time to add garlic is also particular, preferably one or two minutes before turning off the heat. Soybean paste in this recipe I choosed  is bottled and slightly sweet. All kinds of soybean paste can be used to make this dish, as long as you like. If it’s just a salty soybean paste, you can add less or no salt.

Which staple food to pair with this dish

I want to say that all the eggplant recipes are suitable for accompaniment with rice. The juicy eggplant is mixed in the rice, and the flavor is doubled.

If the oil temperature is right, the eggplant surface will quickly turn brown and float on the oil when quickly transfer to a plate before burnning. 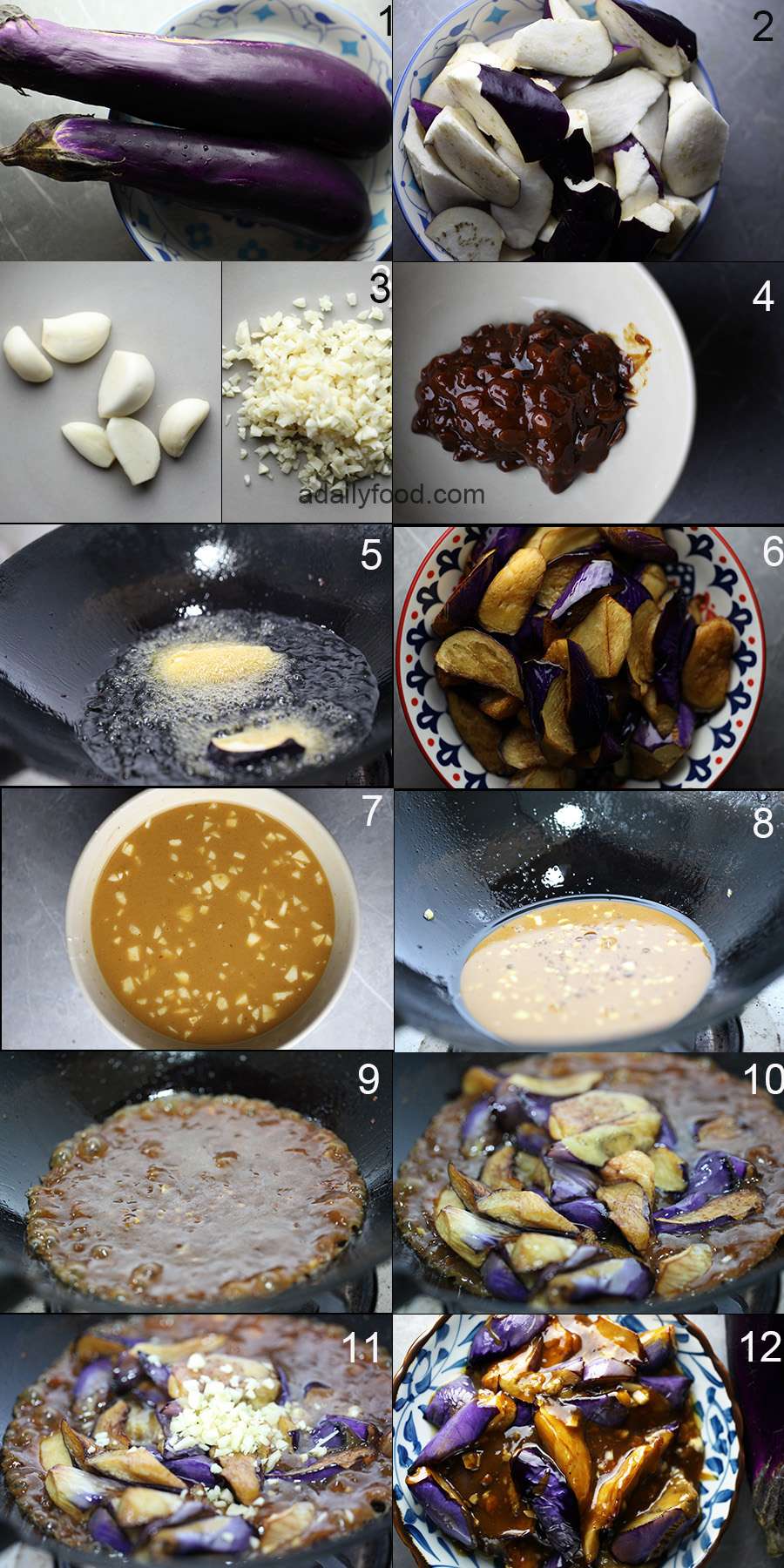