How to Render Lard 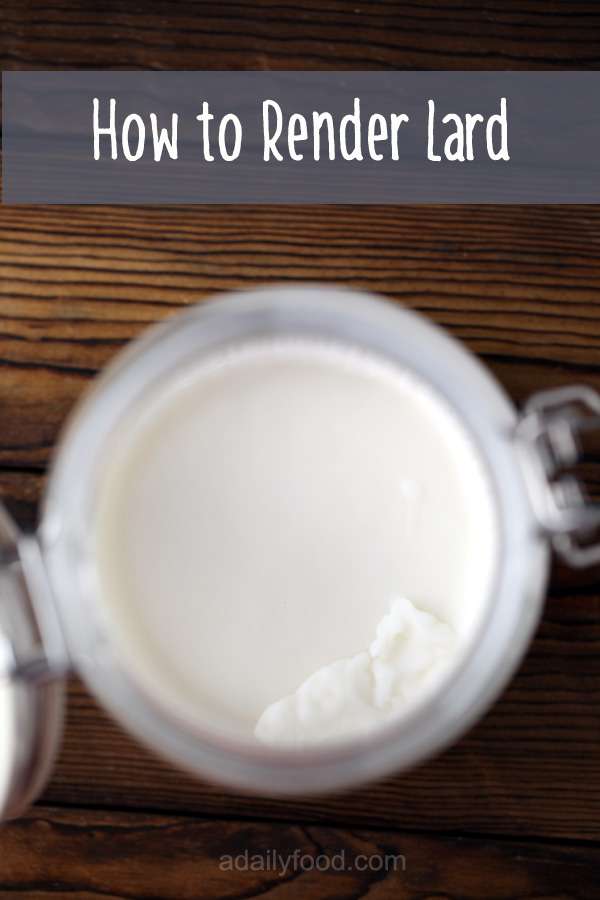 When I was a kid, there was always a jar of lard in the kitchen. Grandma often used it for cooking. It seems that it is rarely seen now. Some people say that it is not good for health, but I think lard should be more healthy and natural than trans fats and preservatives seen everywhere,

Let’s count the benifits below:

Homemade lard is a very simple recipe. The focus is on the choice of ingredients. Choose lard from pigs raised in the pasture. The lard fat is better than that of pigs raised on an industrial scale.

Lard is an essential ingredient for Chinese desserts, and layers of pastry depends on it just like butter in western-style pastry. If you like butter-based cakes, then you can definitely accept Chinese-style pastry used lard.

Stir-frying vegetables with lard can keep nice green color and tender.  If you don’t believe it, try it.

Notes: When making Chinese pastry, heat to melt it.