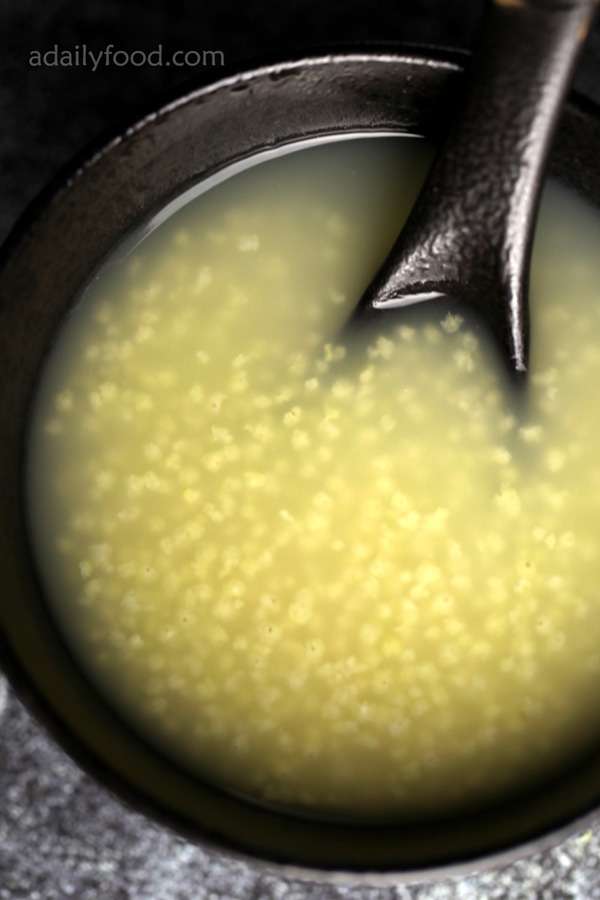 Most Chinese people think millet congee is good for the stomach, so people with poor stomachs often cook millet porridge with steamed buns, but rarely eat rice. The porridge made with newly grown millet will have a layer of rice oil on it, which is rich in nutrients. It is very beneficial for people with weak physique and children.

From the perspective of traditional Chinese medicine, millet is cold, so it’s best to serve it together with warm foods. Just like I added ginger to the millet congee.

During periods of material deficiency, rice and flour are not often available, and millet is the staple food. For people lived in the 1950s and 1960s, millet is a representative grain of poverty in their memory. The reason why millet is well known also because the Chinese Communist Party relied on millet and rifles to defeat the well-equipped Kuomintang in the People’s Liberation War.

In modern life we have a lot of finely processed foods,  millet, which belongs to coarse grains, has become precious and scarce. People eat it more to balance their diet. 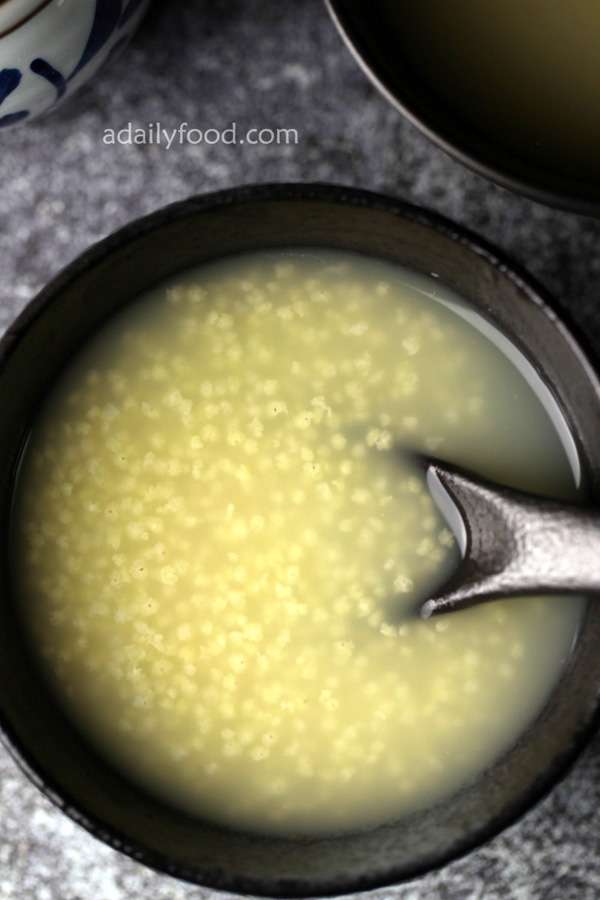 Where to buy millet

There are two types of millet, one is yellow millet which is used to make congee and the other is glutinous millet. For me who often buy ingredients online, shopping for Millet online is also very convenient. 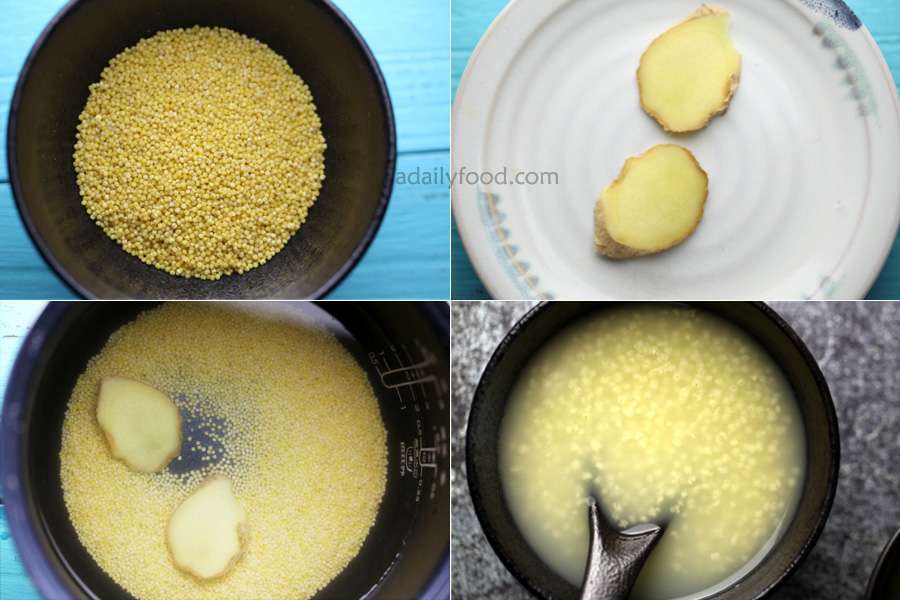