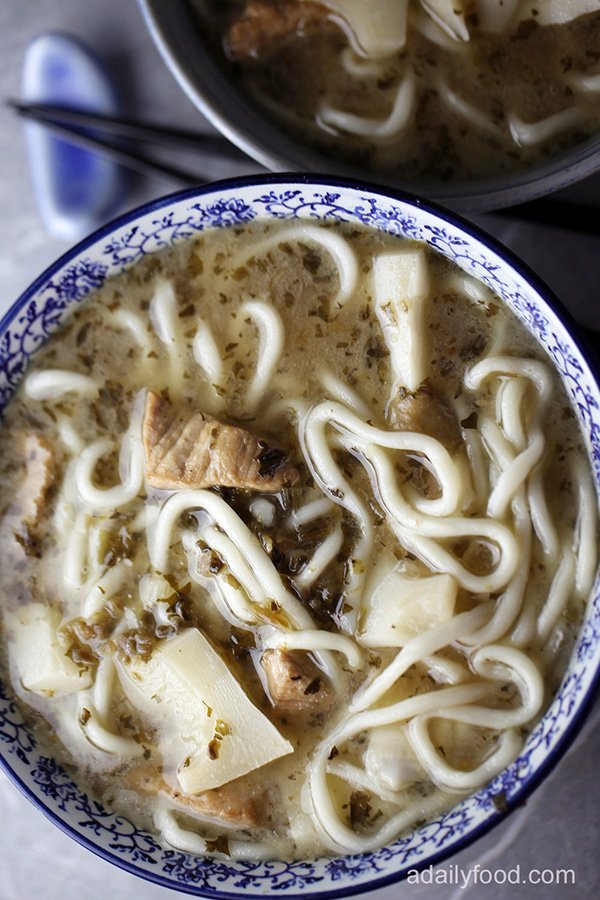 Pian’er Chuan Noodles that is one of the top ten noodles in China comes from Kui Yuan Guan, a historic restaurant in Hangzhou. 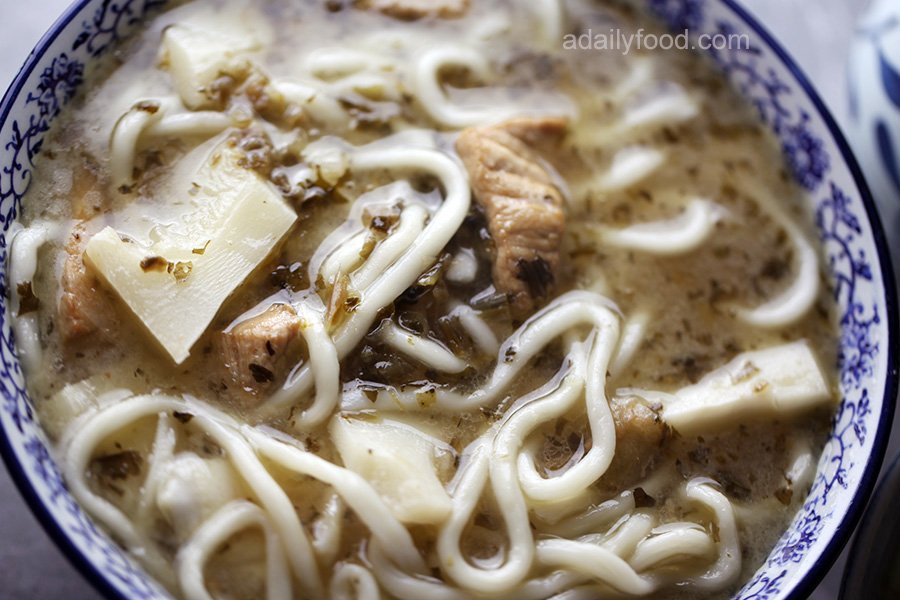 Legend has it that in ancient times, a scholar ate a bowl of Pian er chuan Noodles soup and took the exam in the village and won the first place. So he sent Kui Yuan Guan to name the restaurant. Since then, students who are going to take the exam have liked to come here to eat the pian er chuan noodles soup. 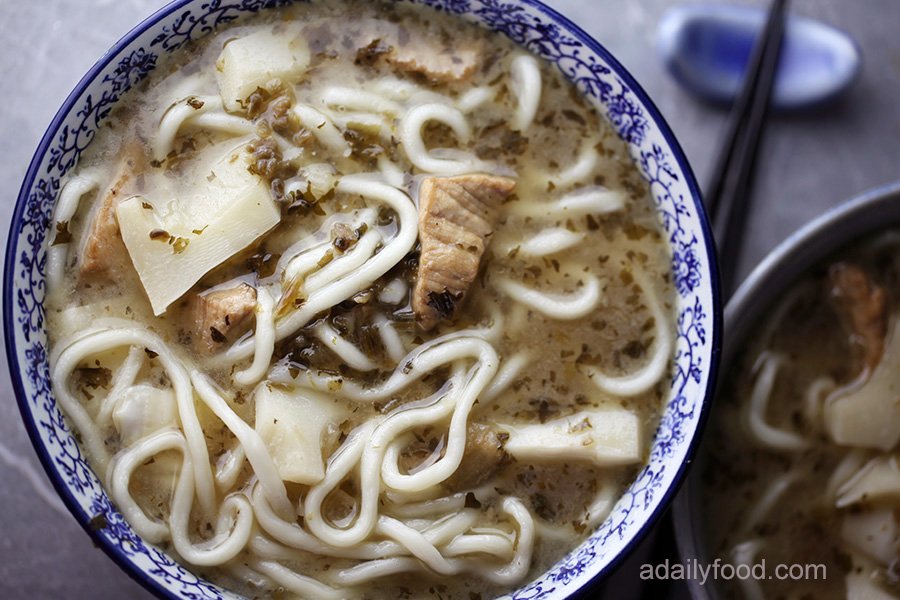 The practice of this pian er chuan noodles soup is not complicated, and there are materials such as bamboo shoots, meat slices, and mustard(xue li hong). I didn’t get celery in the vegetable market, so I used sui mi ya cai with similar taste instead. 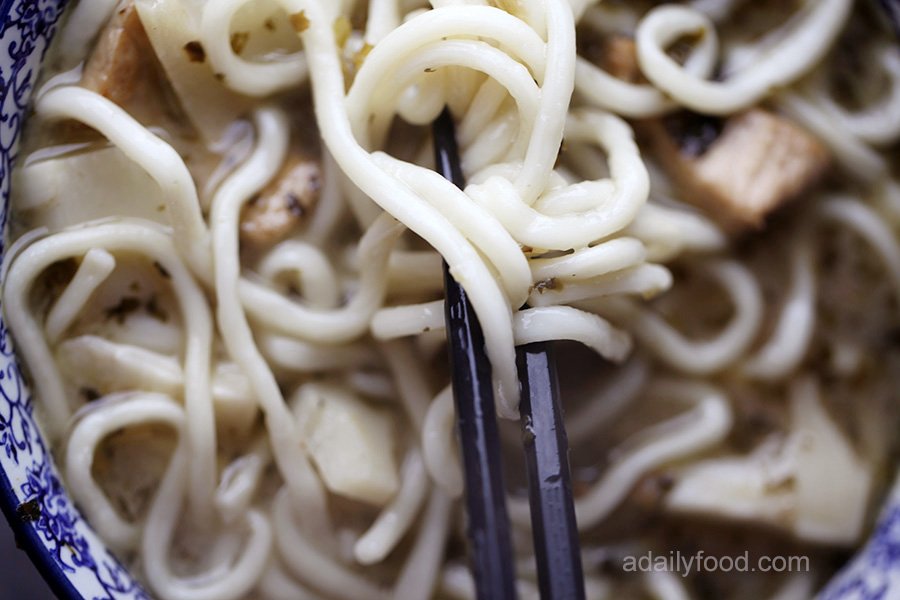 The best accompaniment to bamboo shoots is pork, which together bring out the savory flavor. The soul of noodle soup is a bowl of delicious soup. With the soup as a foil, the noodles become incomparably delicious.