After going to Guangzhou to eat local delicacies, I really know what “eating in Guangzhou” is. The Chinese call the locals in Guangzhou“ Lao Guang” who know how to cook and serve nice food there, and they also love this name. As a foodie, Lao Guang’s Cantonese soup, congee, green vegetables and morning tea all fascinate me. 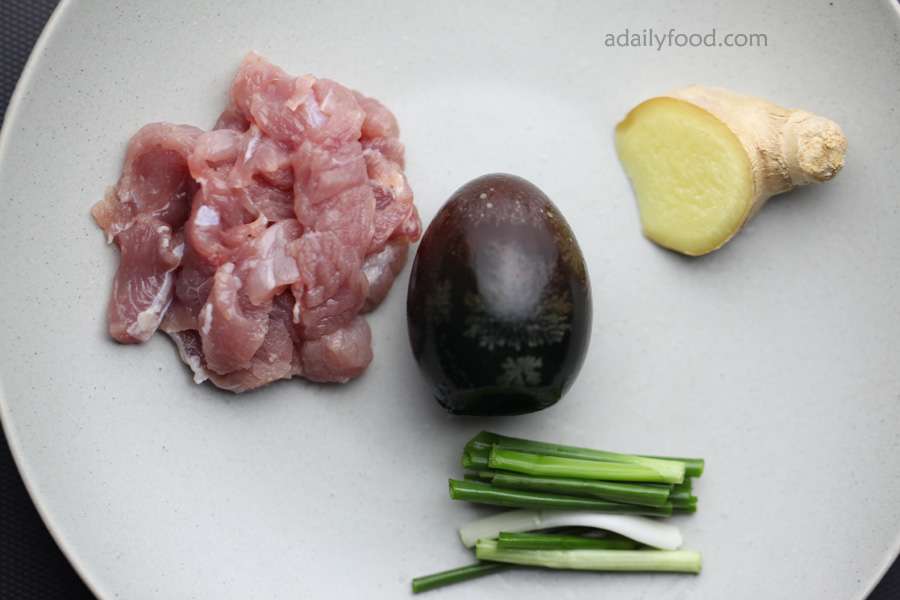 Today’s Pork congee with preserved egg is my usual porridge recipe. Many people don’t like century eggs, the same as stinky beans. But as a food with thousands of years of history, it has rich nutrition and taste. Pork minced, century egg, and congee are the perfect group in the congee. 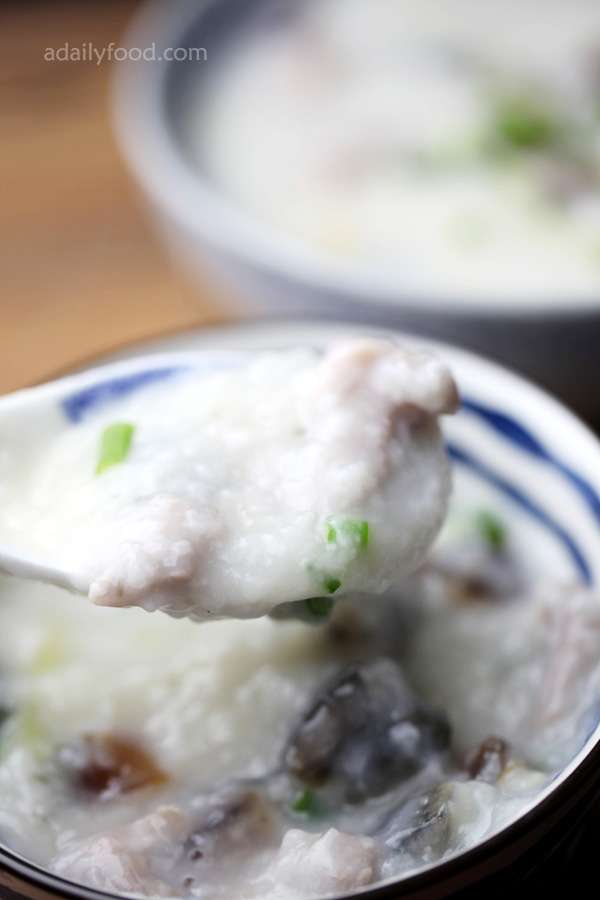 Usually the ginger thin shredded, oil,  and salt are essential ingredients for Cantonese congee. We used ginger sliced to remove the meat or seafood smell, and used oil and salt  to make congee more thicker and smoother.

Cut the ginger as thinly as possible，We will naturally eat the ginger shredded instead of spit it out. This is the time to test your knife skills.