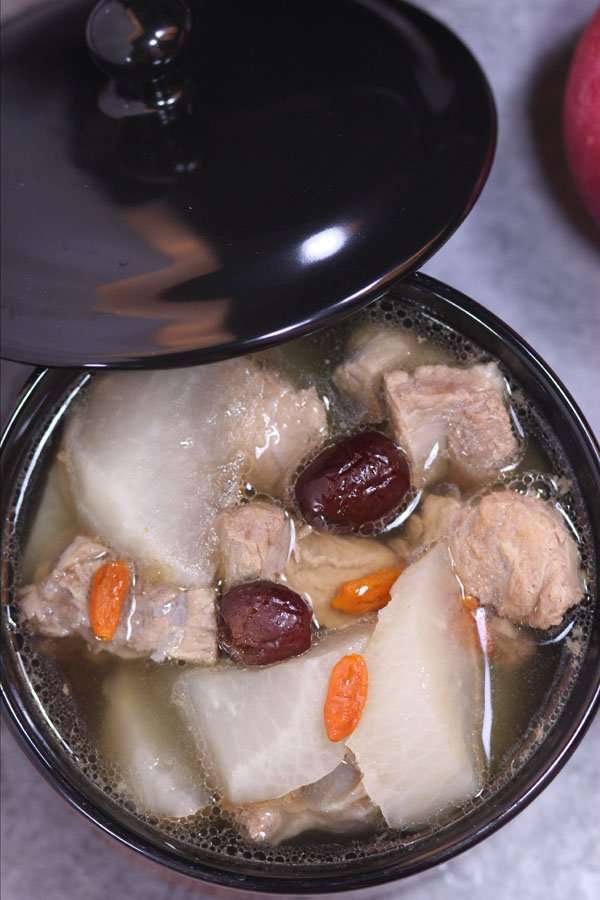 For Cantonese people, drinking soup is as common as breathing. Guangdong is located in Lingnan, which is hot and humid. People’s moisture is often heavier. Drinking soup, especially some nourishing soups, helps to damp. Drinking soup before meals can also increase appetite. I came to Guangdong province and was influenced by this traditional soup culture.

The soups that the Cantonese people drink are all the old fire soups that have been simmered for several hours in the open fire. After a few hours of slow simmering, the essence of all the ingredients in the soup has already arrived in the soup, and even the essence in the bones has come out. So the soup is very thick, very flavorful and very knowledgeable.

Cantonese people pay great attention to health care. They will put different herbs in the soup according to the changes of seasons and climates, and take out different soups that are beneficial to the body.

I sometimes use an electric pressure cooker to  save time. Today’s ribs radish soup, from the point of view of diet therapy, has the effect of Kidney–reinforcing and Blood-nourishing,  moistening dryness and enhancing immunity. 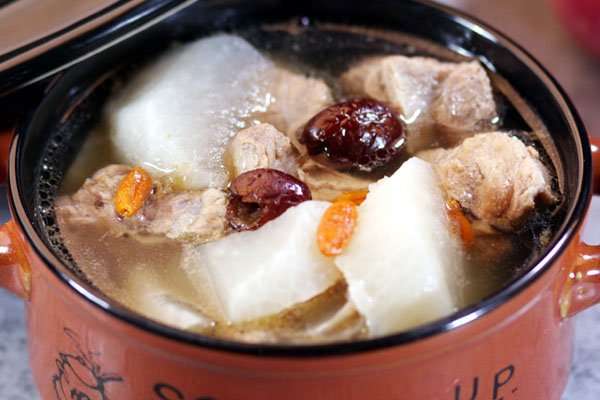