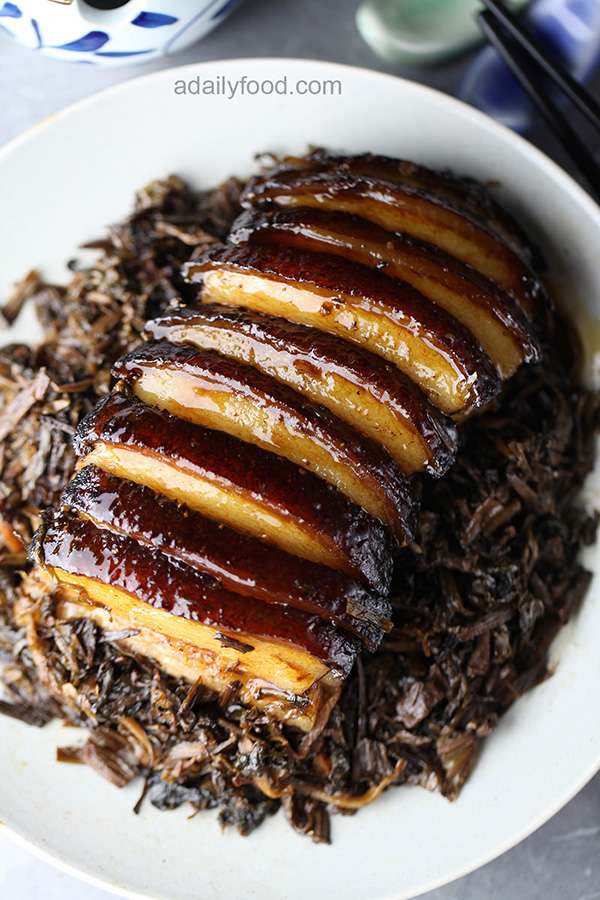 Today’s steamed pork with preserved leaf mustard that belongs to Yue cuisine is a traditional celebrated dish. Mei cai kou rou cooked through is  so soft that it melts when it enters the mouth and not greasy at all. Those who don’t eat pork belly at ordinary times will also eat one piece. The reason why it is not oily that the preserved leaf mustard has absorbed the fat of the meat. 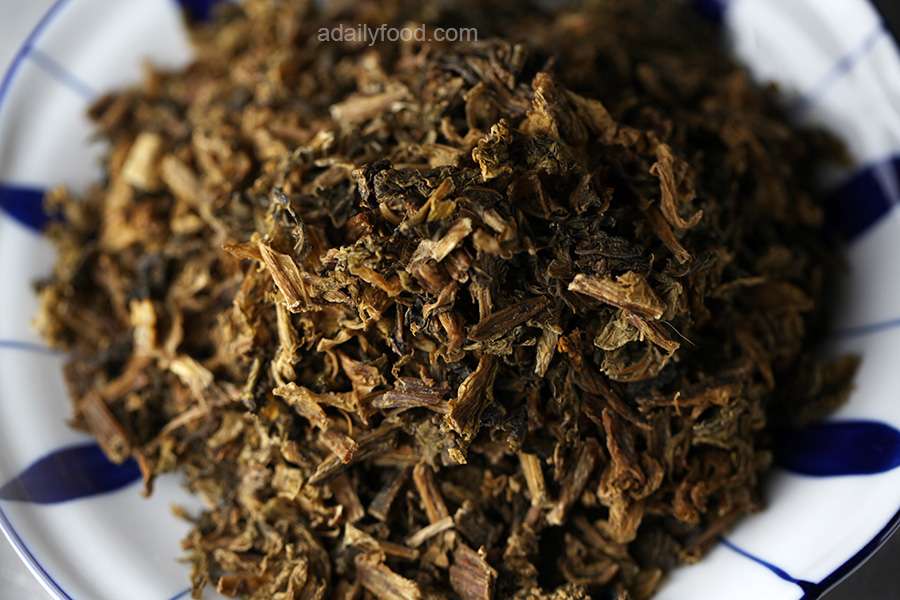 Fresh leaf mustard is pickled in salt for a few days and then dried to become mei cai. Preserved mei cai with a unique fragrance due to the production of volatile mustard oil  is the perfect partner for meat or fish, because it balances the oiliness and makes the dishes more healthy and delicious.

In order to make the meat soft and rotten, the traditional method requires at least one hour and a half  to steam. To save time, I use modern cooking tools, the electric pressure cooker. Sometimes I have to admire the great inventions of modern people based on physics knowledge.

Press the boiling meat button, half an hour, the program is complete. I tasted it, and wanted to be softer, so I pressed the cooking meat button again. Yes, in the end, the maturity of the plum mei cai and the pork belly is very satisfactory.

In this dish, the test of your knife skills is not about the thickness but whether  to cut the meat. In fact, it’s okay to cut or let the bottom to be connected, but it will save some time for the arranging pork on the plate if you don’t cut it completely.

The process of making food is pleasant, to prevent hot oil from splashing on the body, and make sure to cover the wok with a lid when pan-frying the pork.

Both light soy sauce and dark soy sauce are salty, but whether you add salt or not depends on the preserved leaf mustard you buy, and the time of soaking also determines its saltiness. If you soak overnight, the saltiness will be greatly reduced. You can taste your Mei Cai before you decide. I added 1/4 teaspoon salt to my dish. 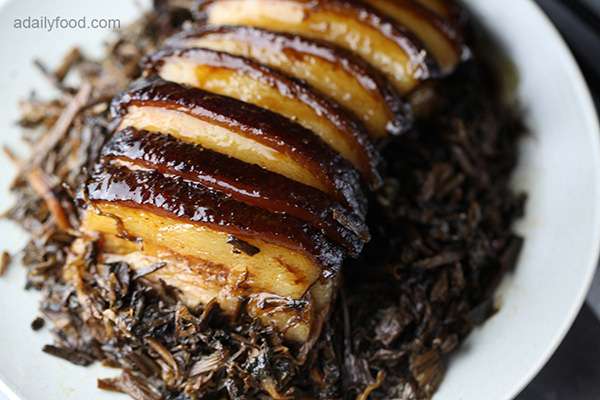