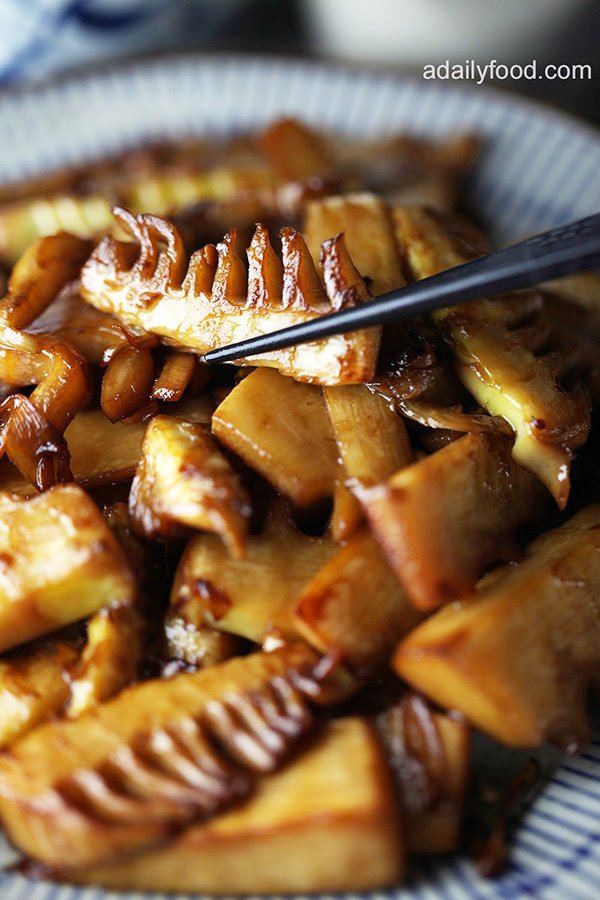 After coming to the south, bamboo shoots can be seen randomly in the market, and there are more opportunities to eat bamboo shoots. Today’s stir fry bamboo shoot is one that amazes me. 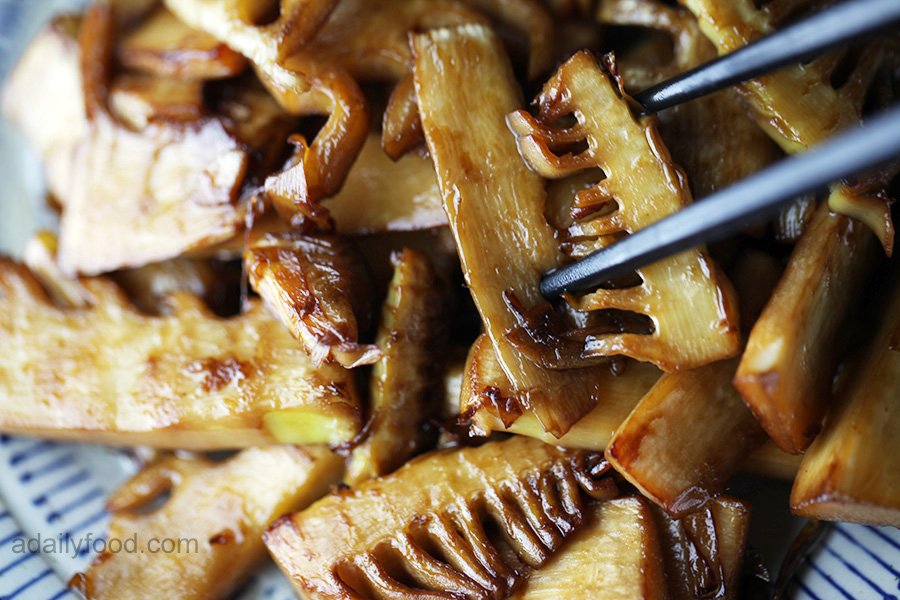 Compared to pickled bamboo shoots, fresh spring bamboo shoots are mouthwatering. A 2,400-gram bamboo shoot, peeled off the skin, only has 350 gram of edible part left, but in order to taste its crisp, tender and fragrant, it is worth it. Crispy bamboo shoots do not need other ingredients, just add a little soy sauce, salt, sugar, and fry them with oil to get original delicious taste easily. 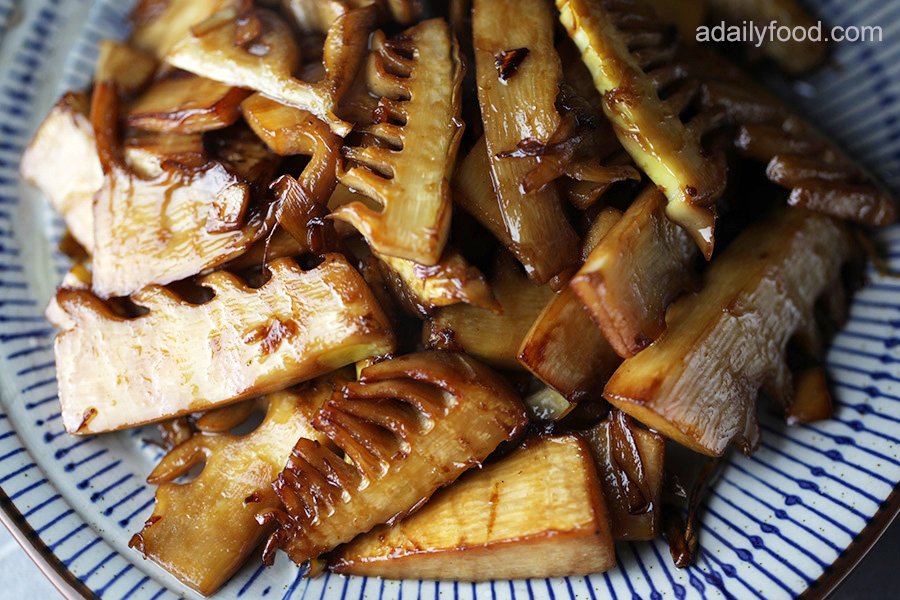 There is a saying in China called spring bamboo shoots after rain(雨后春笋）, which means that after the rain, bamboo shoots emerge from the ground, describing the big number of things. 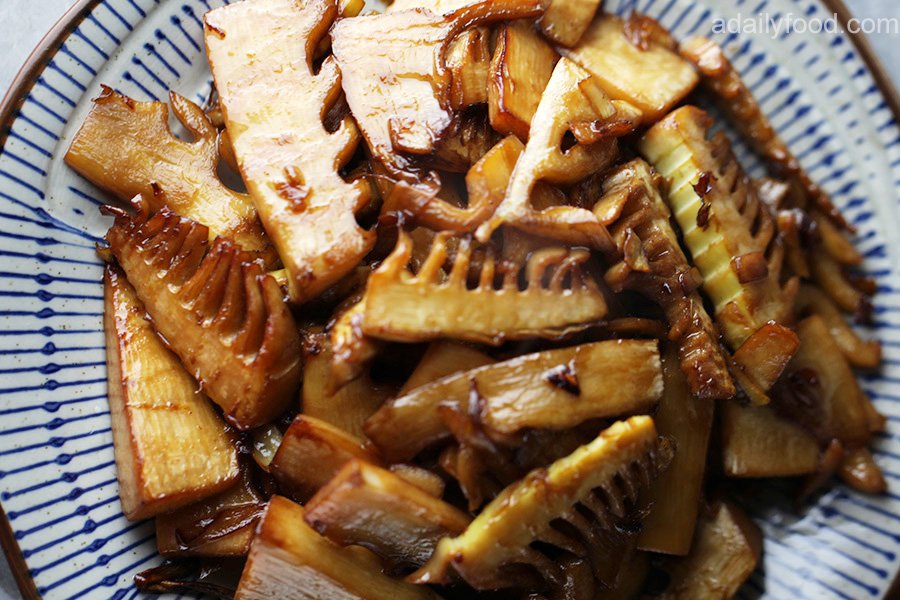 Some people say that if you want to eat the most delicious vegetable with a spring flavor, it must be spring bamboo shoots. Even the ancient emperors were obsessed with it. From the perspective of traditional Chinese medicine, bamboo shoots are sweet and cold in nature, and have the effects of clearing heat and resolving phlegm, invigorating qi and diuretic. 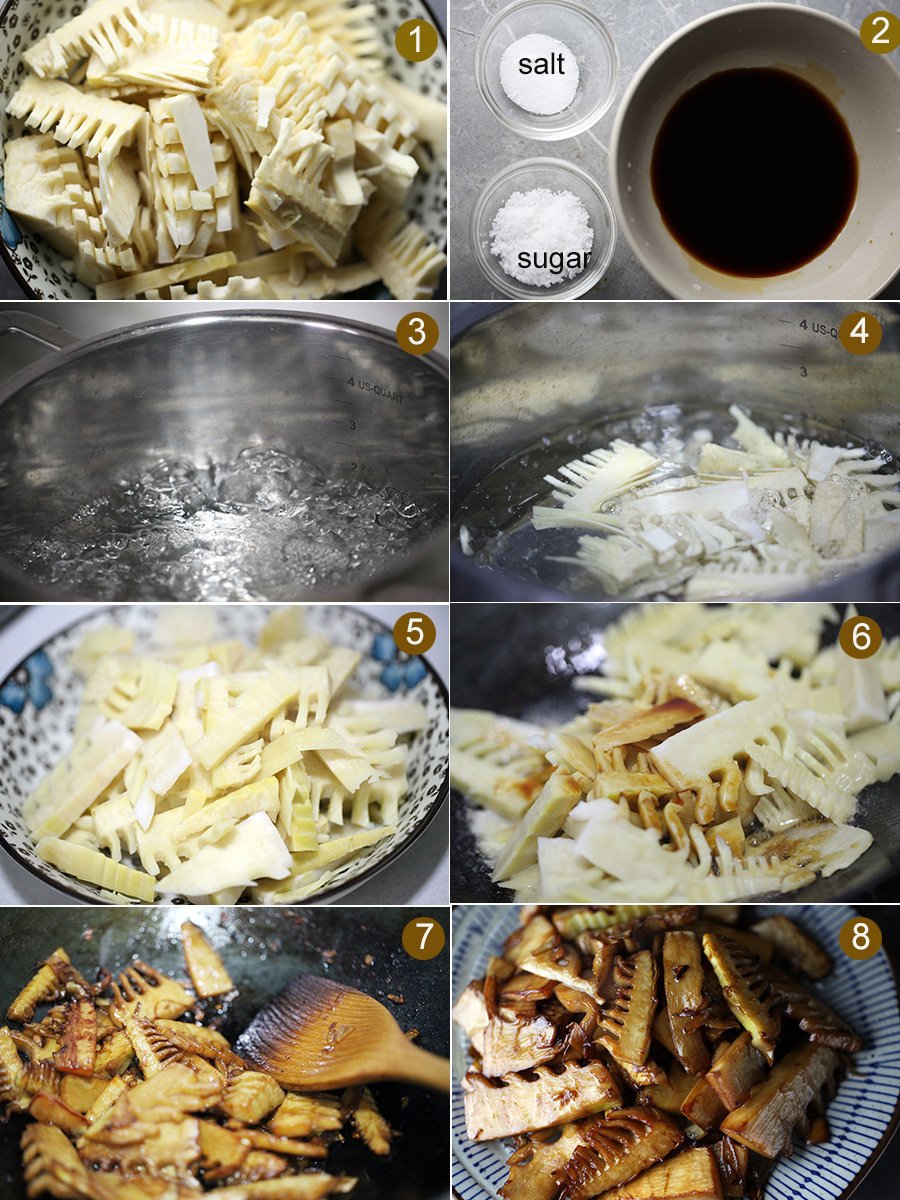