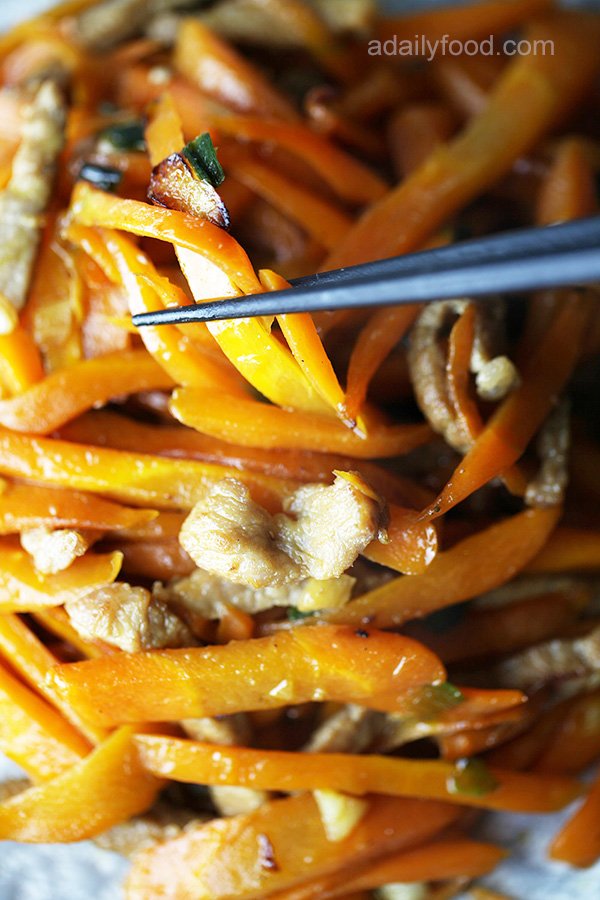 Today’s stir fry carrot with pork shredded is a dish that I learned after I went to Guangdong. When I lived in the Northeast of China, carrot were generally not the main ingredient and were usually cooked with other vegetables, like stir fry cabbage with black fungus. 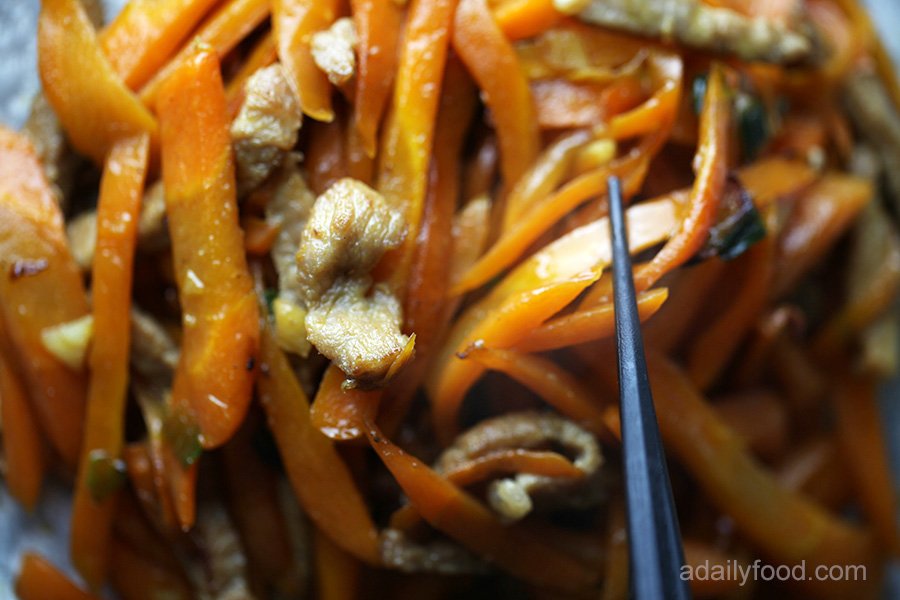 The carrot as the protagonist has a little sweetness, and with the aroma of the pork, it is also a dish that consumes a lot of rice. And we all know that carrots are rich in carotene, which is good for the liver. Carrots are a bit tough and shredded for easier frying.