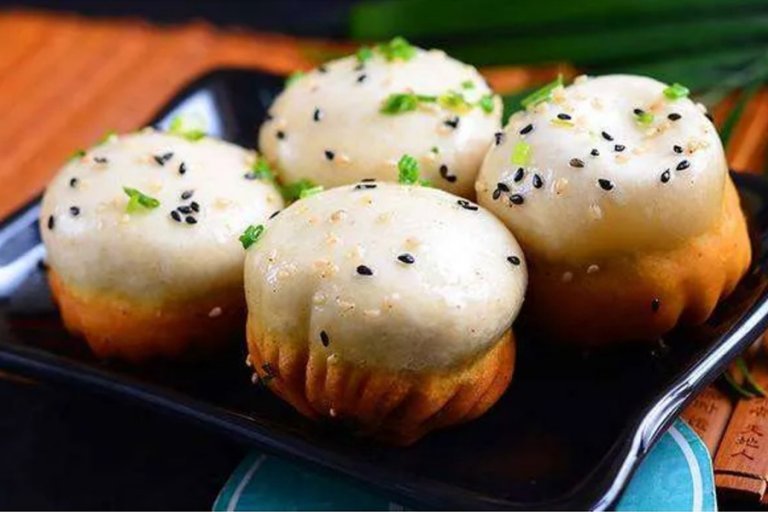 As one of the four famous local snacks, Shanghai snacks have a long history. Today, the Chenghuang Temple snacks have not been recommended by people because of their poor taste and high price. But there are some Time-honored Brand and inconspicuous restaurant that are worth a try.

There are about 10 famous snacks in Shanghai.

Because it is small and translucent in shape, it is steamed with a special small bamboo cage, so it is called “small cage buns”

The buns have frozen skin in the fillings, so there are a lot of soups in the steamed buns. The eating method is also very particular. The correct way to eat is to bite a bite first, bite a small hole, then suck the juice from the hole, then eat the skin and stuffing of the steamed buns. you can sum up a sentence, first,open the window, then drink the soup, in the end, eat all.

It is wrapped in semi-fermented flour and pork skin jelly in meat. It is fried in a row in a pan. It is also drenched with a few times in the frying process. Finally, sprinkle with chopped green onion and sesame seeds. The bottom is golden, hard and crisp, white, soft and loose, the meat is tender and slightly marinated, and there is a sesame or onion flavor when crunching. It is better to eat hot food.

It was originally a tea pastry in the tea house and the tiger stove (Boiling Store). The filling is mainly made of fresh pork and skin jelly. After the 1930s, the Shanghai catering industry had a professional shop with fried bread, and the stuffing also increased the variety of chicken and shrimp.

Use the pastry and the fermented noodles as a blank to make a flat round cake with a layer of sesame on the surface. It is baked on the baking wall, round shape, and the color is yellow like a crab shell. Stuffed with onion oil, fresh meat, sugar, bean paste, etc. The fermented flour is made into a crispy pastry. The shape and shape of the pie resembles a cooked crab shell. The finished product is brownish yellow and tastes crisp, loose and fragrant.

At the storefronts of all the early tea houses and tiger stoves (boiling water franchise stores) in Shanghai, most of them had a vertical drying oven and a flat-bottomed frying pan, and they sold two small snacks – yellow crab shell and pan-fried steamed buns.

Shrimp and onion noodles are famous snacks in Shanghai.  First, the onion is cut into pieces and fried in a warm oil pan. Then the scallion is served with the small shrimp that has been fried with the oil and the sugar is soaked. Cook the noodles, drain the broth and mix with the onion oil to make the onion noodles. The color of noodles is bright, smooth and refreshing, the smell of shrimp and onion are delicious. It is very popular.

Mint cake, glutinous rice flour mixed with a little mint powder, dotted with red and green silk. Sweet and cool, it is quite hot in summer. Strip cake, it is moderate sweetness. The glutinous rice flour is wrapped in fine bean paste to make a long strip, and it is better to eat after deep-fried. The famous store for these cakes is Shen Dacheng pastry shop which was founded in 1875.

Dry pastry with a wet dish, this is the usual way of eating in Shanghai. Although it looks a bit sloppy, it is a perfect match with greasy snacks such as Pan-fried bun. And watching its firing process is also a pleasure. The soup was tumbling in the pot, boiled the vermicelli in the wire mesh spoon, smelled it, and the aroma overflowed. The soup is clear enough and the taste is delicious enough.

It seems that Shanghai people are particularly clear about the size of the cockroach. Shanghai’s three delicacy wonton is also different from Wuxi’s three delicacy wonton. Wonton stuffing is not fresh meat, small shrimp, the heart of mustard, but pure meat. The so-called three delicacy means that there are egg silk, shrimp skin and seaweed in the soup. The soup is served with wonton, and the taste is salty and smooth.

It is one of the flavors of Shanghai Qiaojiawei dense dessert shop.which has a history of more than 70 years. According to legend, in the late Qing Dynasty, Shanghai Sanpai Building had an old lady with a surname of Lei. To make the Tangyuan easy to store and carry, she first created a method of rolling white powder on the surface of cooked Tangyuan. Later generations commemorated her to make this Tangyuan. Named the Lei sha yuan.

After the red bean is cooked, it is ground into sand and dried to form a purple-red powder. Then, boil the glutinous rice broth with fresh meat or bean paste, sesame and other fillings, drain the water, and roll a layer of bean powder. This soup group is colored and fragrant. It has a strong red bean flavor and is soft and refreshing. It is easy to carry.

It is a famous traditional famous pastry of Shanghai Fengxian district, which is made by special mold filling and baking. The cake is shaped like a begonias flower, and the color is purple, sweet and soft. very popular. The freshly baked begonias cake, with sugar on the surface, is brown, with the addition of fruit, melon, sesame and other five colors on it, the flowers appear. So it is a pleasure to eat begonias cakes.

It is a kind of affordable and unique snack in Shanghai, which has a history of more than 50 years. The ribs are fried, the fire is just right, and it is very fragrant. When the guests need it, the chef cooks the fried ribs and rice cakes in the sauce for a few minutes. After maturity, sandwich the ribs and rice cakes on the plate with “fire tongs”, then cut a few ribs with scissors and sprinkle with some hot sauce. The ribs are crispy and smooth, and the rice cake is delicious.